Recording files generated by Slam Stick recorders are in the  .IDE file format.  This article will provide instructions on how to export or convert data out of that file format into a different format which can be imported into a different software tool.

The file format generated by Slam Stick recorders are in a specific file format designed by Mide.  This file format fully characterizes the recorded data, everything from the raw data, to the sensor used that generated that data, to the calibration/transforms used to convert to engineering units is in the IDE file.  The file also includes information on the recorder itself including the serial number, part number, date of calibration, etc.  This keeps everything relevant to a test in one place which is great but can cause issues when trying to analyze data.  Our software tools provide the ability to convert or export data out into the following formats:

CSV and TXT files are fairly universal and can be imported by many different software packages, including Excel.  Please note that Excel can "only" contain just over 1 million rows which would be the equivalent of only 50 seconds of data if/when sampling at 20 kHz.

When a file is open in the software, data can be exported using File - Export (or keyboard shortcut of CTRL+S). 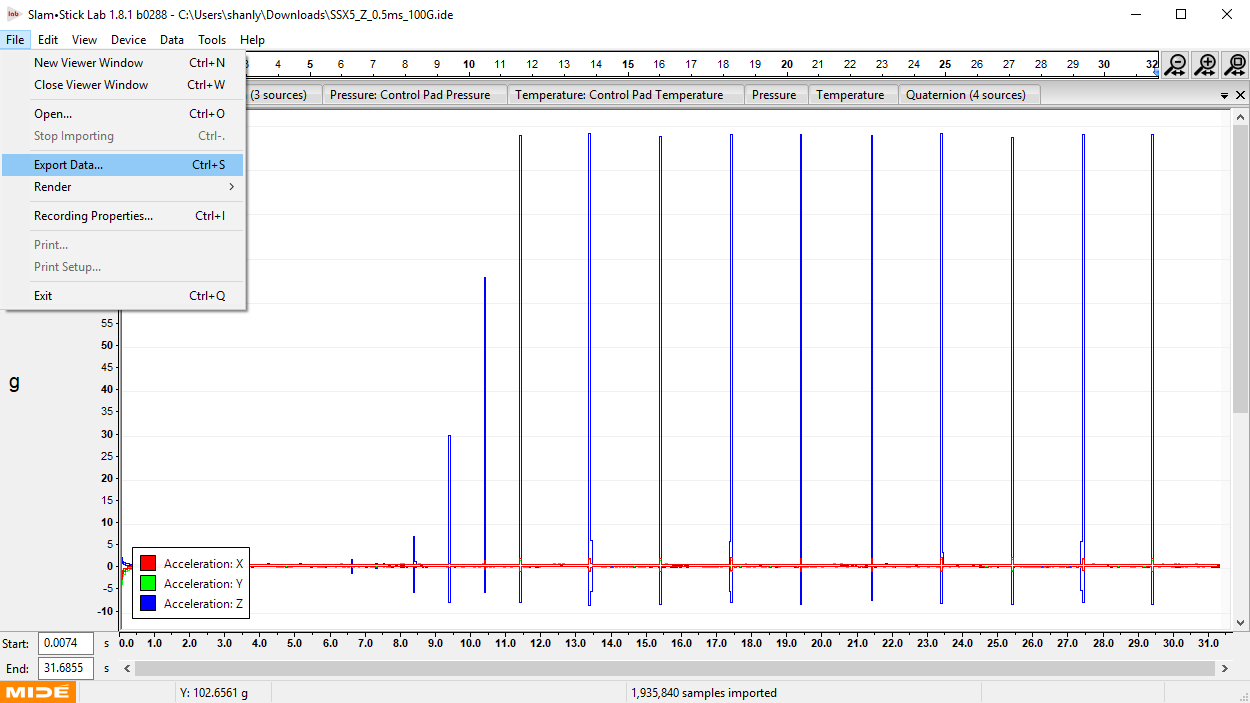 A dialog will first appear asking for an export to either MAT or CSV.  And then you will be presented with a dialog that specifies what exactly will be exported. 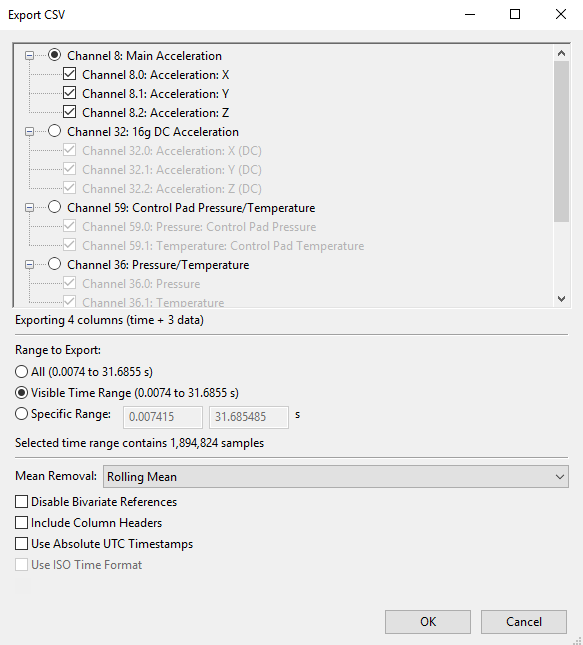 When exporting to MATLAB the array will likely be the transpose of what you may be used to; this is done for efficiently appending to a file.  So the array will be 1 row for the time vector, then a few rows of sensor data; there will be n columns for the number of samples based upon sample rate and time range exported.

Often times you may need several recording files to be converted and/or all the sensor channels exported.  To access this option, navigate to Tools - Batch IDE Exporter. 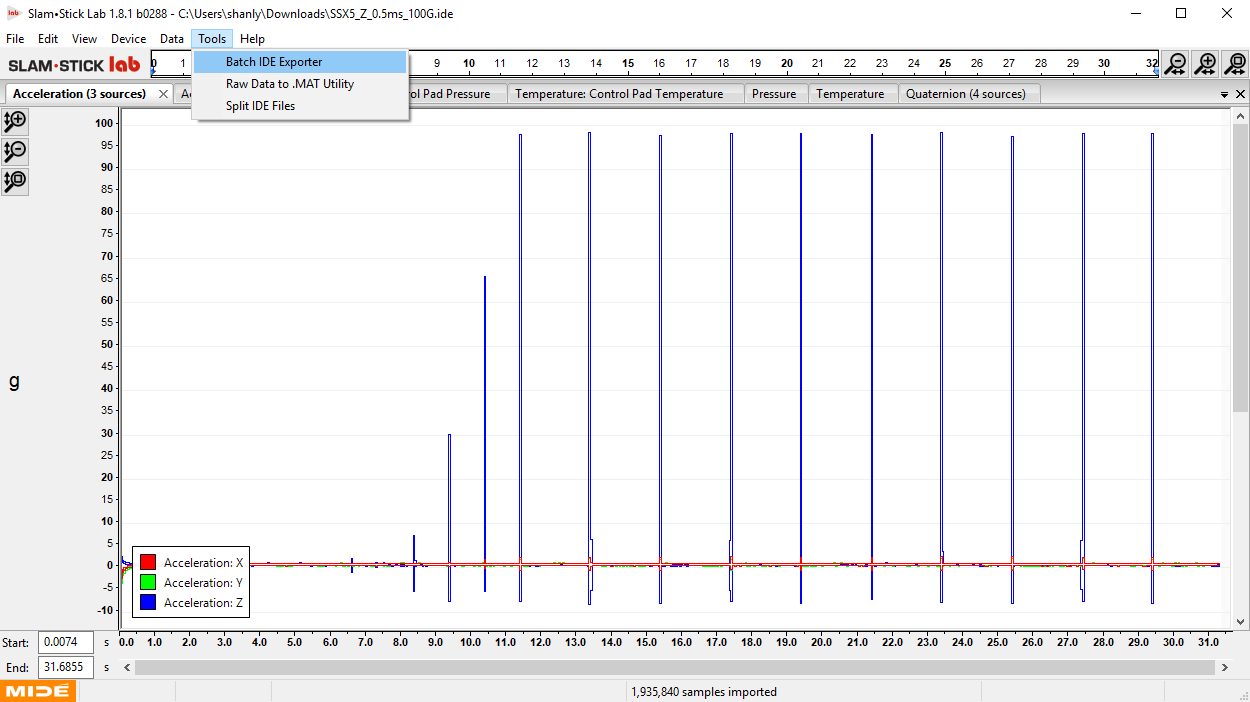 Then you will be presented with a dialog to: 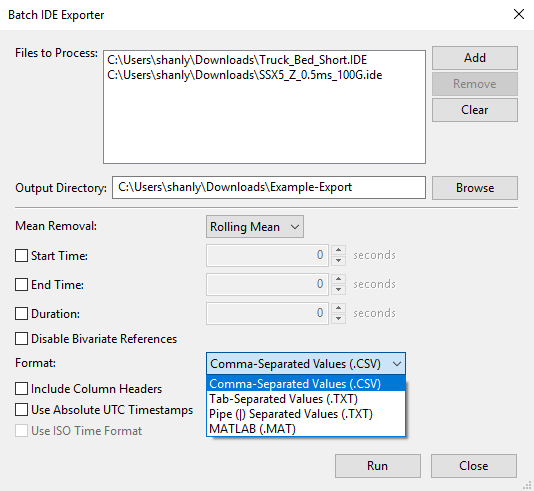 The export will produce a separate file for each initial IDE file and each sensor within it because of the different sample rates as shown below. 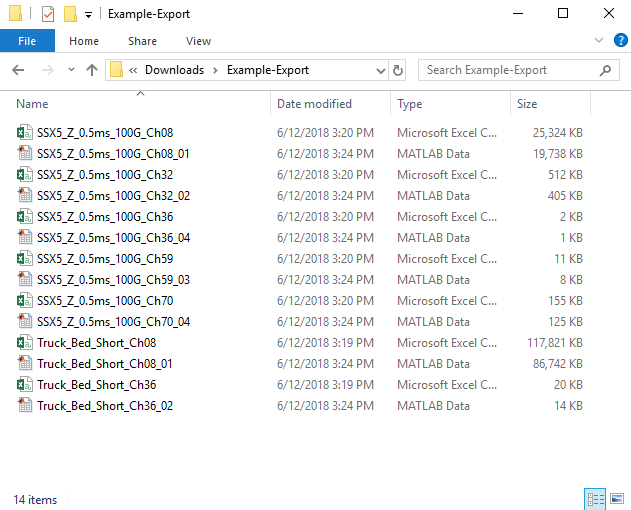 The functionality in the batch converter GUI is also available in a command line executable for developing custom software tools for your own use.   Please click here to download the executable. 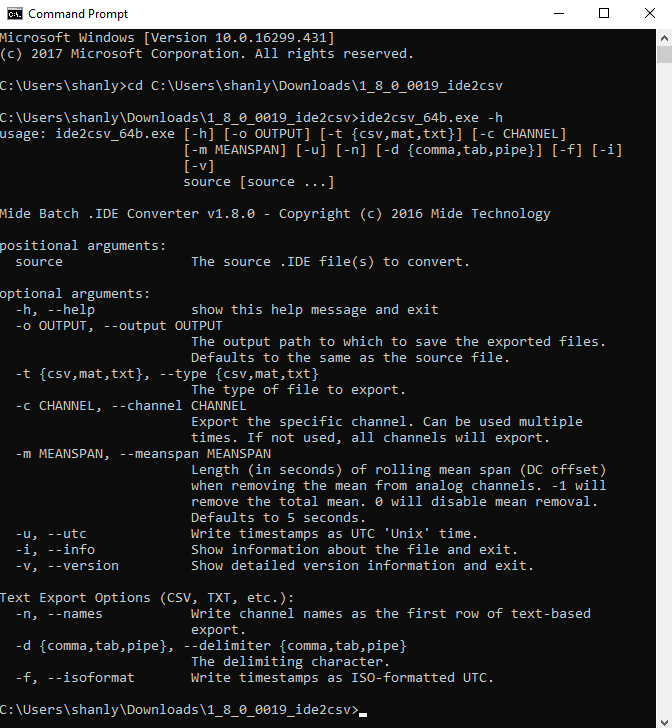 To command the utility to convert several files simply enter ide2csv.exe followed by the names of the files.  Be sure that the executable and the files are in the same folder and/or fully describe the files' locations.  You can also use the arguments to specify the converted file type.  Here is an example command and its output. 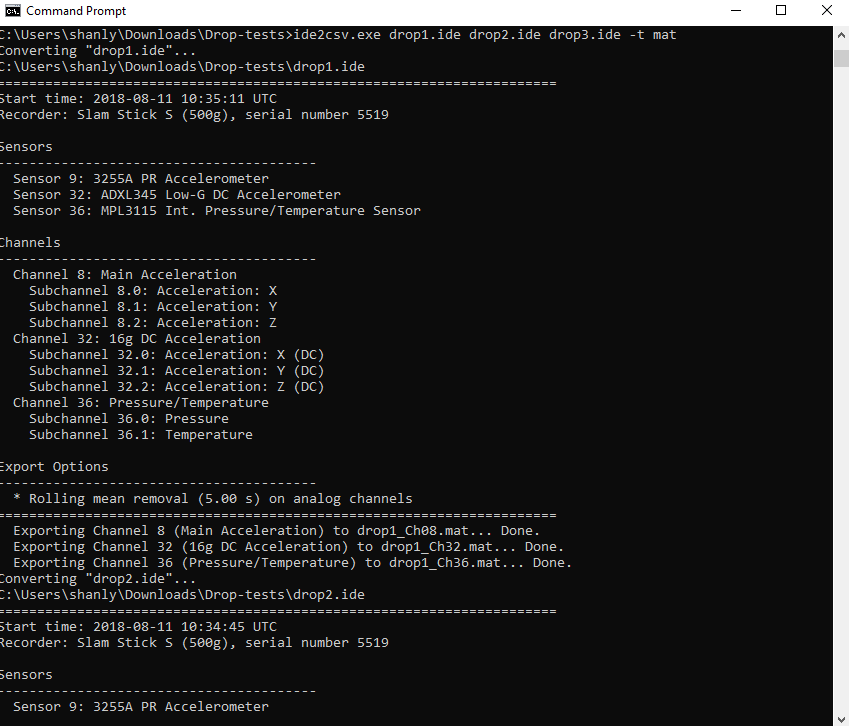 Below is the resulting directory from the command shown.  Several MAT files were generated each with simple arrays of the calibrated data and timestamps. 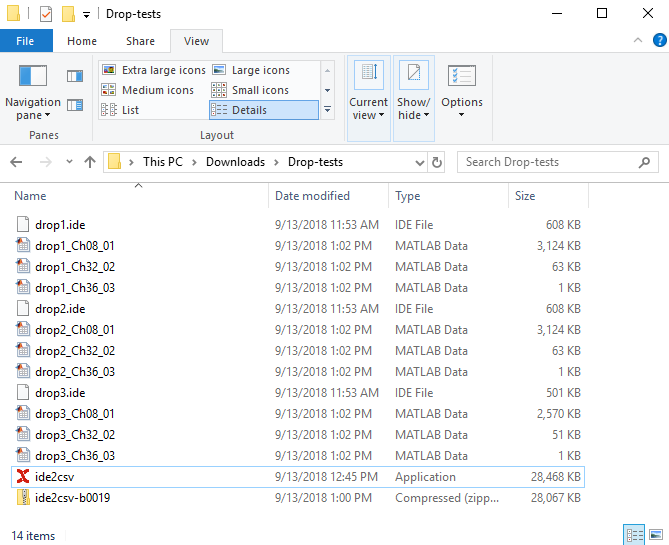 Load the Data into MATLAB

Often times you will look to do some analysis in MATLAB. The MATLAB files will contain two variables:

The data contain 1 row for the time, and then the other rows define the actual data. You will need to transpose the data.

To help get you started, here is a simple MATLAB script that will load the exported data, plot it, compute an FFT, and plot that.  It will also compute and plot spectrograms with this accompanying script. 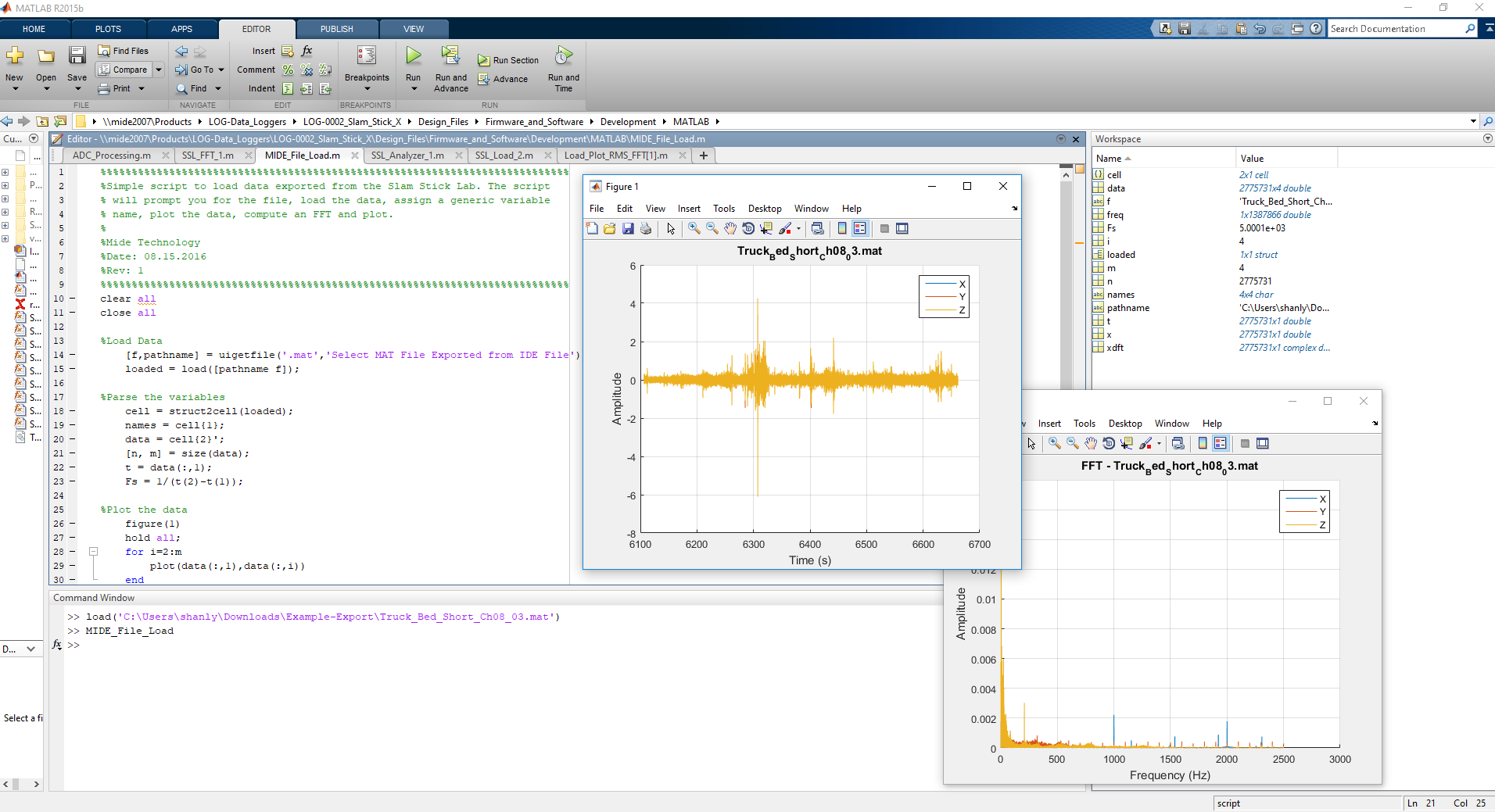 Did this answer your question? Thanks for the feedback There was a problem submitting your feedback. Please try again later.
Last updated on March 27, 2019