The enDAQ recorders are capable of producing very large files which can be difficult to post-process. It is strongly advised to "split" these larger files into more manageable sized files, we recommend 50 MB or less.

To access the tool to break up large files, navigate to the Tools menu and 'Split IDE Files.' Note that the large file does not need to be opened initially to perform this split. 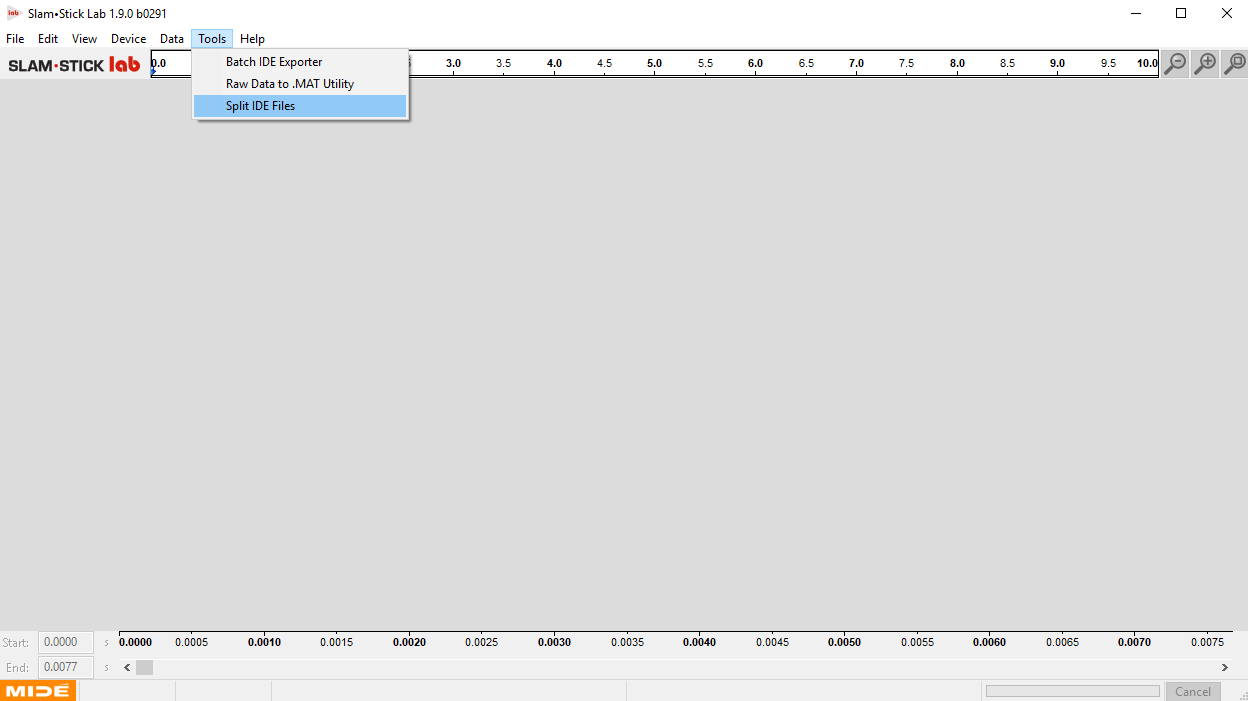 Split Based on Size

You can select any number of files to be broken up and also select the output directory these files should be saved to. They will be saved with the same file name as the original file and then a "_00" postfix to serialize the output files. 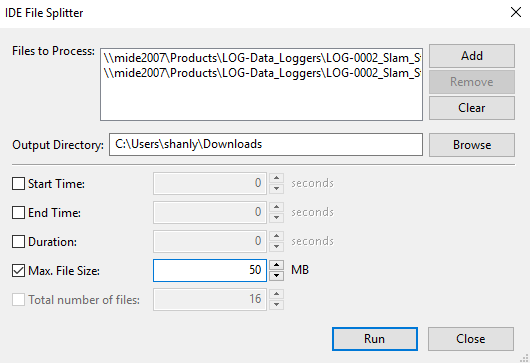 The recommended way to split a file is based on size. This can be entered directly by the user (specify file size) or indirectly by specifying the number of files to split a file into. Note that you can't enter both a file size and the number of files, they are mutually exclusive. This form is recommended because it ensures sequential and equal splits. In the example below, two files totaling nearly 800 MB of data were split into 17 files. This operation took less than 2 minutes. 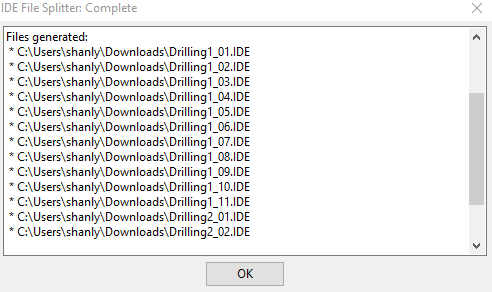 Split Based on Time

Unfortunately, the split based on time feature was removed, as it did not always work as expected. We do, however, have a function in our open source library that will allow you to extract time intervals to create a new IDE file.

There is also a command line executable for the IDE file splitter that can be downloaded here. 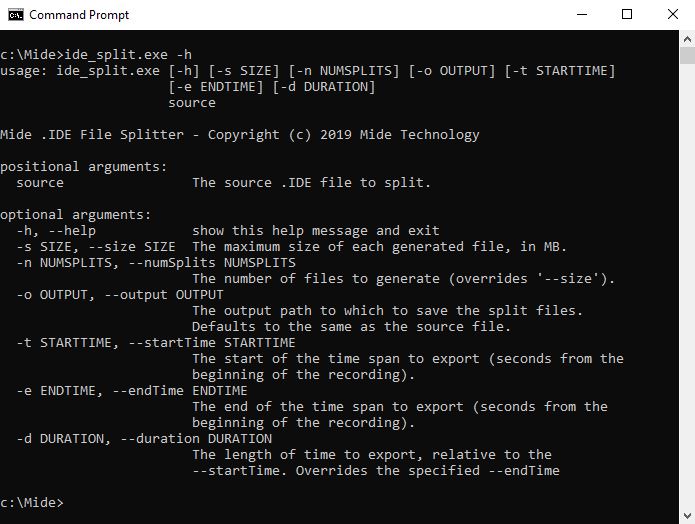 Did this answer your question? Thanks for the feedback There was a problem submitting your feedback. Please try again later.
Last updated on June 10, 2022