The triaxial capacitive MEMS accelerometer is great for general purpose testing and in some of our sensors, it is the primary accelerometer.  In models that have the piezoelectric or piezoresistive accelerometer, this serves as a secondary accelerometer to extend the measurable range (provide a DC response or better lower amplitude information for shock sensors). See our blog on accelerometer selection for more detail on different accelerometer types.

1The sample rate varies over temperature by -0.1% per degree C.  The enDAQ sensor's clock accurately accounts for this drift, but just note that long recording files may not have perfectly equal spacing between points throughout the entire recording (important to note for FFTs).  Also, the sample rate is typically -2.2% lower than specified by the user at room temperature (for example a 100 Hz sample rate configuration will result in a 97.8 Hz sample rate). 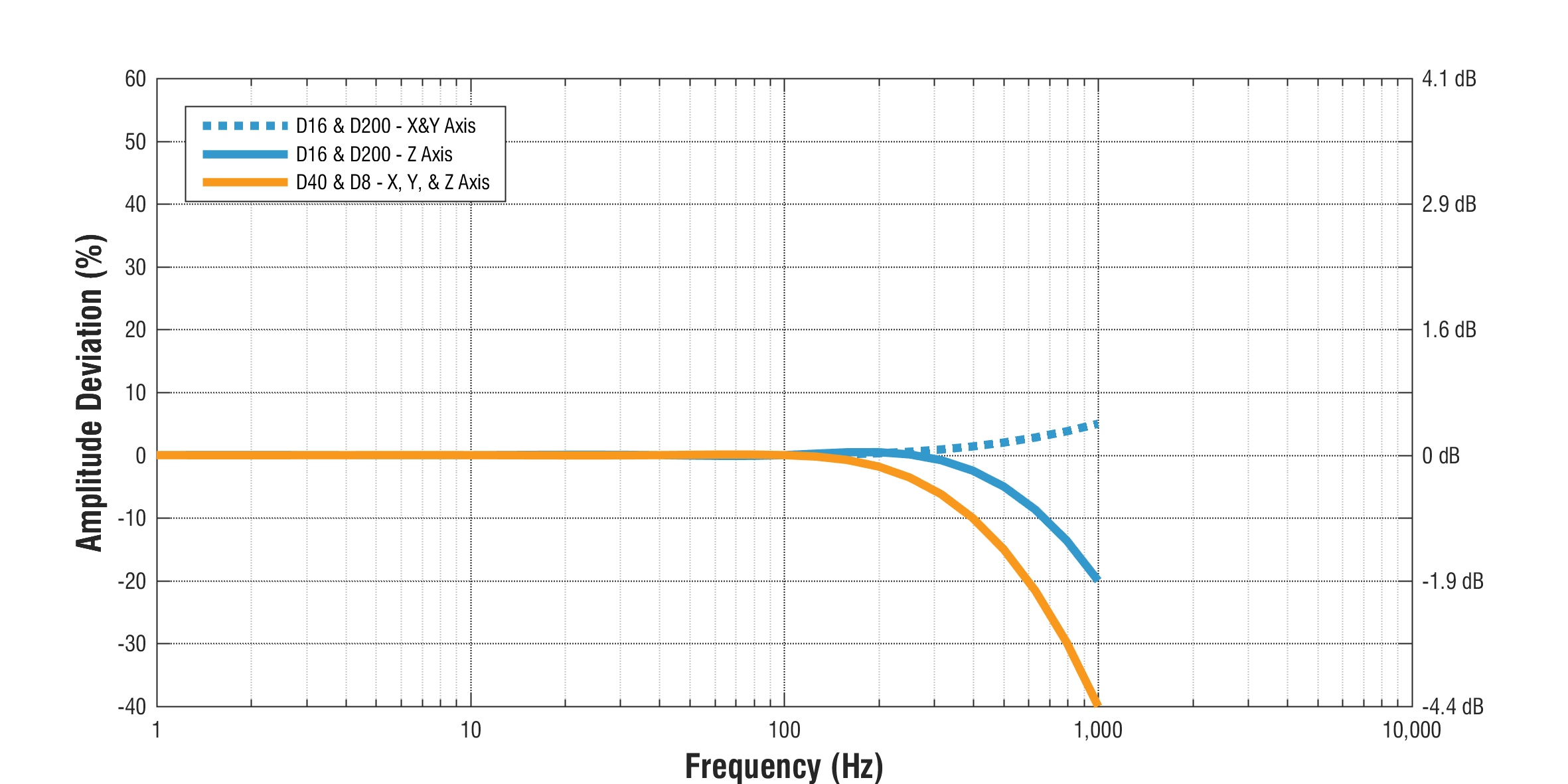 Note that the MEMS accelerometer has a DC response (can measure down to 0 hertz). The plot only goes to 1 Hz because it is on a logarithmic scale. The accelerometer data was generated with the sample rate at 3.2 kHz and 4.0 kHz with the unit bolted to the mounting fixture.

1Temperature compensated with software and internal temperature sensor. This linear compensation is only valid between -20C and 60C (non-linear at extremes). 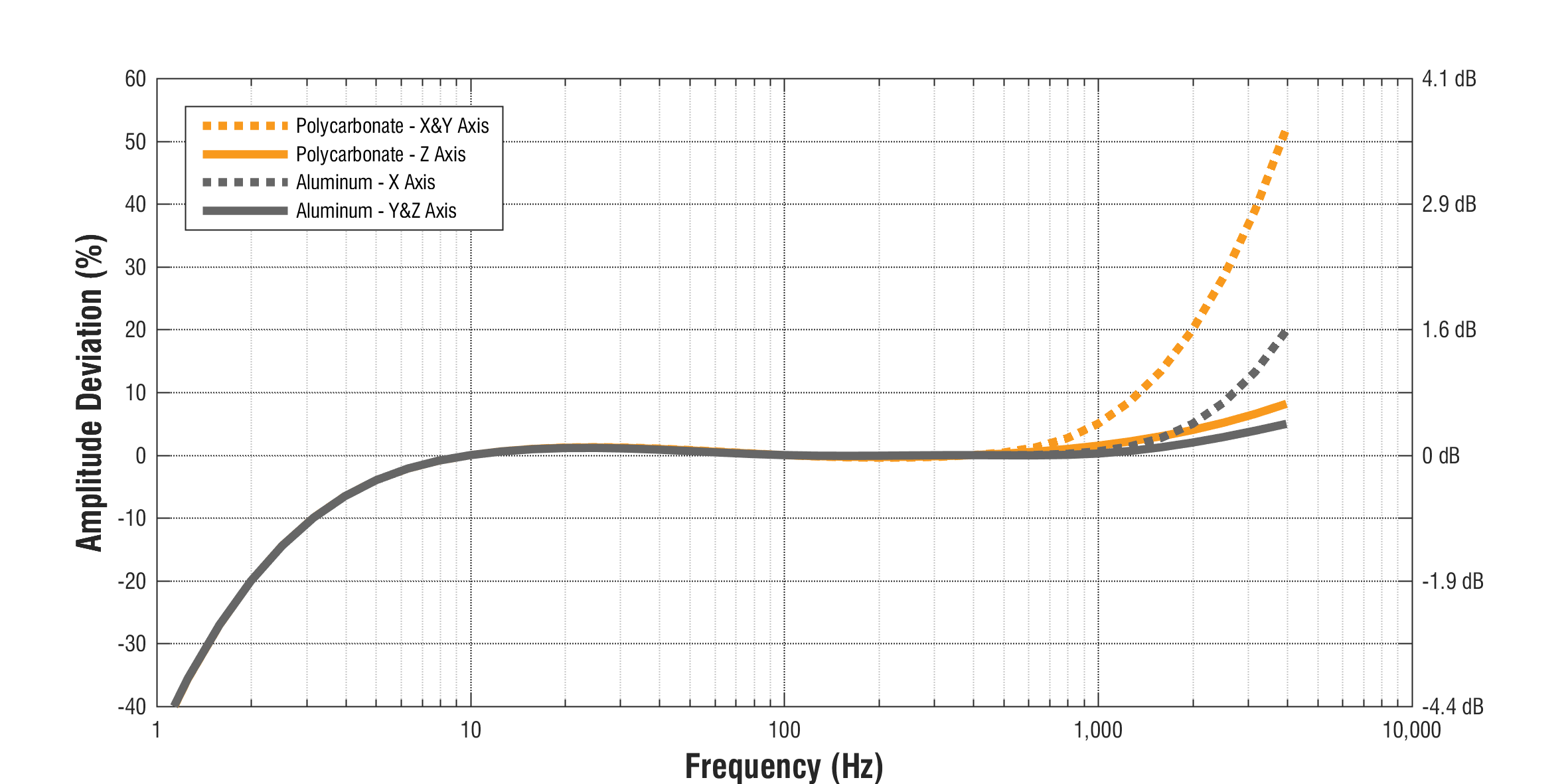 The piezoelectric accelerometer was sampled at 20kHz with a 5 kHz filter. Adequate compression of the tape was achieved by first bolting the unit to allow the tape to set, then remove the bolts. The mounting torque of these bolts was 70 in-oz.

The piezoresistive accelerometer offers similar advantages as the piezoelectric in terms of data quality. But they have the added benefit of being capable of measuring static accelerations and low-frequency vibrations. They also have internal gas damping to widen the dynamic frequency range of the accelerometer. These accelerometers are increasingly becoming more popular for shock and vibration testing applications. See our blog on accelerometer selection for more detail on different accelerometer types. 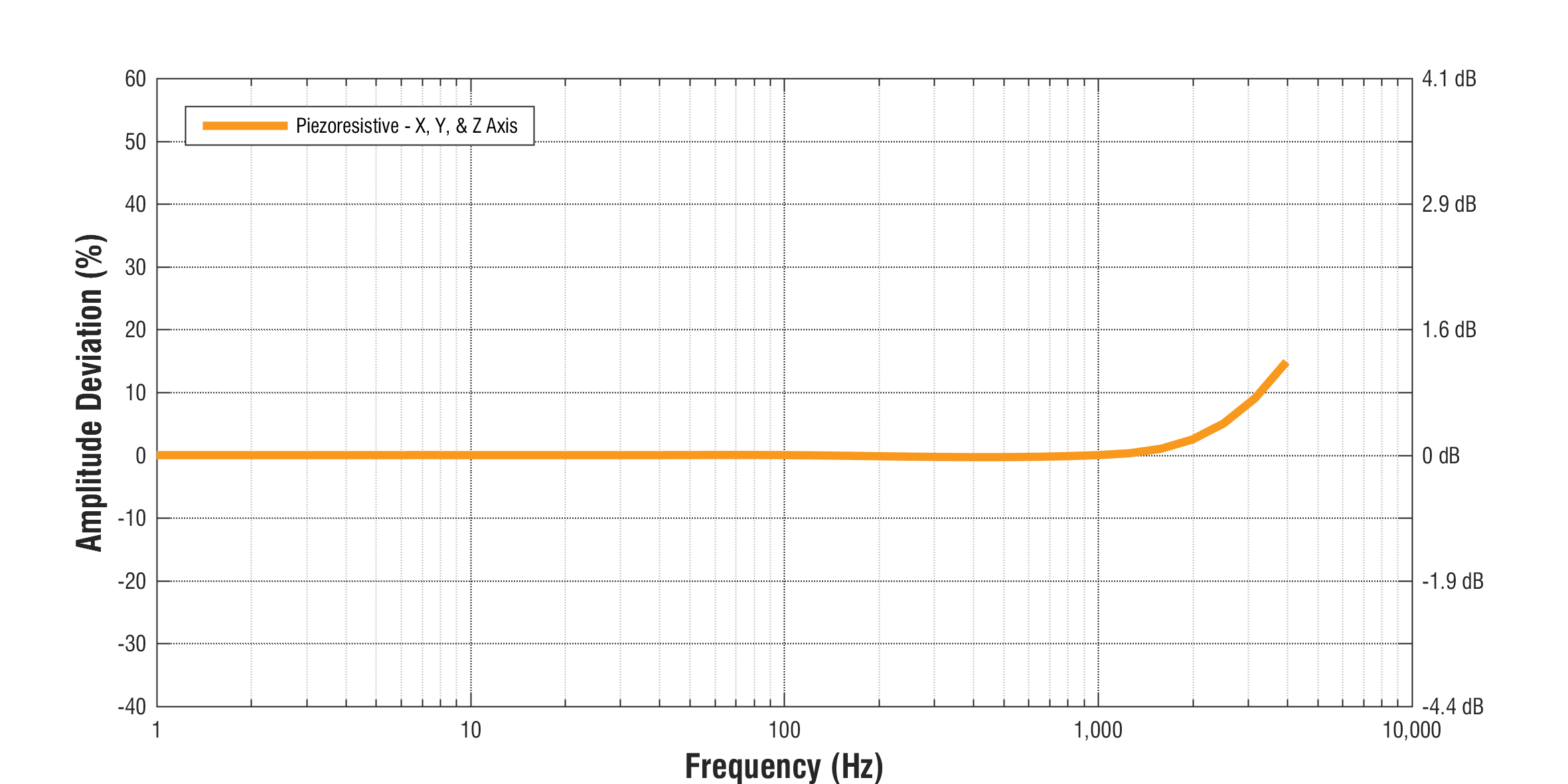 As of November 2017, all of our enDAQ sensors now include an embedded "smart sensor hub" that has an integrated triaxial gyroscope, triaxial accelerometer, triaxial geomagnetic sensor, and a microcontroller for intelligently fusing raw data from the 9 sensors.  The output of this sensor hub include the following:

We published a  blog that goes into more detail; but here is an excerpt that explains the difference between relative and absolute orientation mode.

Since the absolute orientation sensor uses a magnetometer, it can be better at detecting slow turns, which result in a low rate of degrees per second applied over a number of seconds. Similarly, it should be less likely to drift over long periods. But, since the absolute measurement uses a magnetometer, it increases the power draw (3 mA vs 1.5 mA; but this equates to roughly a 10% increase on the overall power consumption depending on configuration). The absolute sensor also requires some movement before the sensors all lock-on for high accuracy data. How to get high-accuracy data is detailed here.

As of February 2017, all of our enDAQ sensors now include temperature, pressure, and humidity sensors in the external "control pad" (has LEDs and button).  This addition was largely due to a request from the Navy.  They were using a Slam Stick (now re-branded as enDAQ) to record cabin pressure on every F-18 flight because of the cabin pressure issues they've been having in F/A-18s, but they wanted better pressure data.  This new sensor has improved accuracy and response on its own; but with its external location, the data will be a better representation of ambient conditions.  This sensor also has an integrated humidity sensor that was enabled as of firmware revision 20.

This sensor is still used to compensate for the change in sensitivity of the piezoelectric accelerometer over temperature which is why it is still enabled.

As of Firmware version 20, the light sensor on the control pad is enabled. This sensor is capable of capturing the intensity of visible and ultraviolet light at a rate of 4 Hz. This sensor is not calibrated and is intended for rough, relative measurements only. We wrote a blog on light sensors in general too that can help provide some background on how this sensor can be utilized. The sensor is placed as shown below: 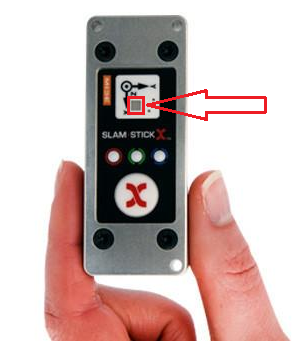 All W-Series units have a GPS module capable of measuring

This module is the ublox CAM-M8. This is a link to the full receiver description protocol that lists the many different metrics we can add to the device from GPS with firmware updates.

The microphone records at the same rate as the other analog channels (up to 20 kHz) and was added for W-Series devices. The specific sensor used is the ICS-40619.

Did this answer your question? Thanks for the feedback There was a problem submitting your feedback. Please try again later.
Last updated on January 12, 2022