The enDAQ* sensor has a command interface to allow software to control and access certain aspects of the device.  This includes starting a recording, checking battery life, and setting the clock. This interface can be accessed through enDAQ Lab, or through a lower level file interface. Note that there is a delay of up to 5 seconds between the command and the start of the recording.

Starting with enDAQ Lab version 1.9, recording can be triggered in software through the Configure Device screen (Device->Configure Device, or Ctrl+D). The file-based interface remains for compatibility. 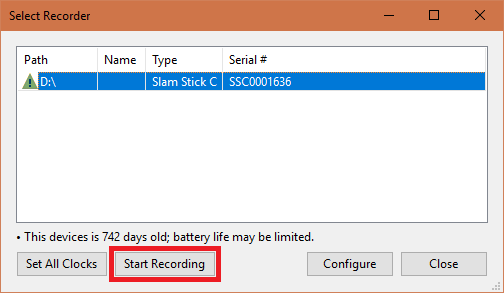 Starting in 2018 with firmware revision 17, the enDAQ sensor has a COMMAND file that can be used to communicate directly to the processor via a local PC. This file is located in the SYSTEM/DEV/ folder as shown. 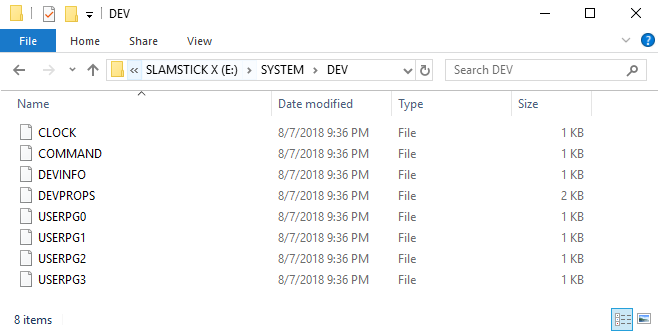 Open the file in a text editor such as  Notepad++. The file initially contains some binary data which the text editor will not be able to parse. 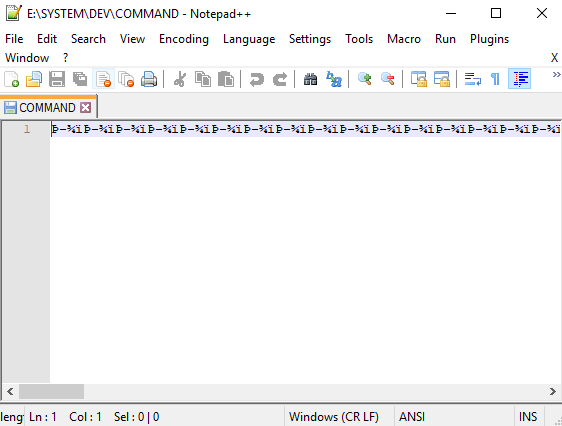 To initiate a recording, simply delete all the contents and replace them with "rs" in the beginning. 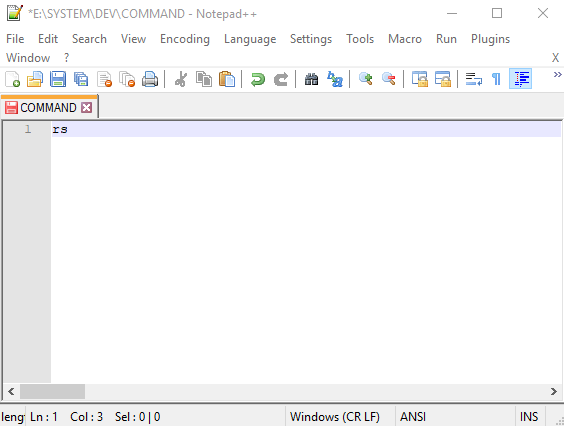 After hitting save, the sensor will begin recording!

The "Plug-In Action" must NOT be configured to "Immediately stop recording and appear as USB drive" in order for this to work.

This same function of turning on a recording (or recording sequence) via the USB connection can be achieved by manually transferring a COMMAND file to the device and/or using a script.

Download COMMAND file that will initiate recording on a Slam Stick via USB.

Starting in 2018 with firmware revision 20, the enDAQ sensor has a battery.txt file in /SYSTEM/DEV/ . This file tells the user if the battery is charging or is at full capacity. This can allow the user to mount the enDAQ remotely, fix a USB cable to it, and be assured that the battery is reaching full charge.

NOTE: In firmware 20, this file opens properly in Notepad++ and ASCII readers or programs, but may not display properly in the Windows Notepad program.

For remote operation, it may also be advantageous to periodically set the clock through the USB connection - and do so programmatically.  This can be done with the  attached Python script.  This script sets the time by writing the POSIX epoch time (seconds since Jan 1, 1970 UTC) as a little-endian 32-bit unsigned integer to the “clock” file: SYSTEM/DEV/CLOCK.

Did this answer your question? Thanks for the feedback There was a problem submitting your feedback. Please try again later.
Last updated on July 30, 2020