We have an open-source library to open and parse our IDE files. And as of enDAQ Lab 2.0, Lab now provides a Scripting menu that enables advanced users to programmatically interact in Python with many of the components of enDAQ Lab. The scripting interface uses Python version 2.7, and we plan to move to Python 3 in the near future (the open-source library is in Python 3). This page aims to familiarize you with the various features that the Scripting menu offers. We have published our idelib which is a Python API for accessing the .IDE files enDAQ sensors create. This library is available here, even available on PyPi to install with pip install idelib.

Scripting is disabled and hidden by default. To use it, it must first be enabled in the Preferences In the main window’s menu bar, select  Edit → Preferences to bring up the preferences dialog: 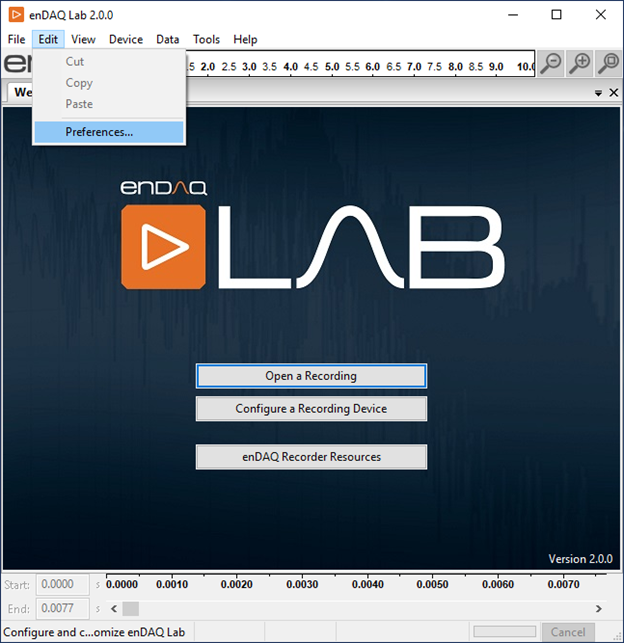 In the dialog, check the Enable Scripting box: 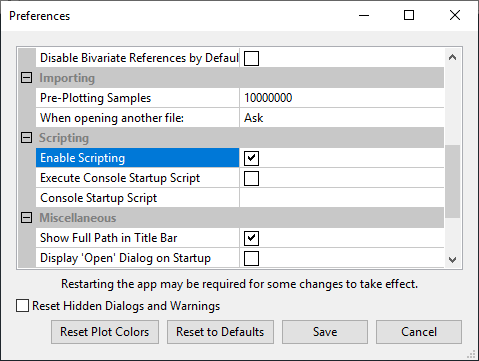 Click  Save to save the change and close the dialog. You should now have a Scripting menu in the menu bar of the main window: 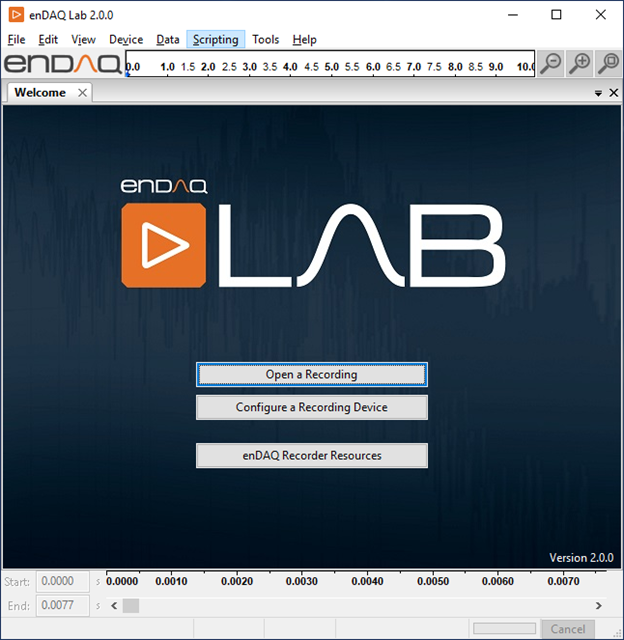 The Scripting menu makes available a  Python Console, where users can dynamically interact with the enDAQ Lab application. This is a great tool to use if you want to investigate your data, test out an experimental scripting idea, or just want to explore enDAQ Lab’s Python API. 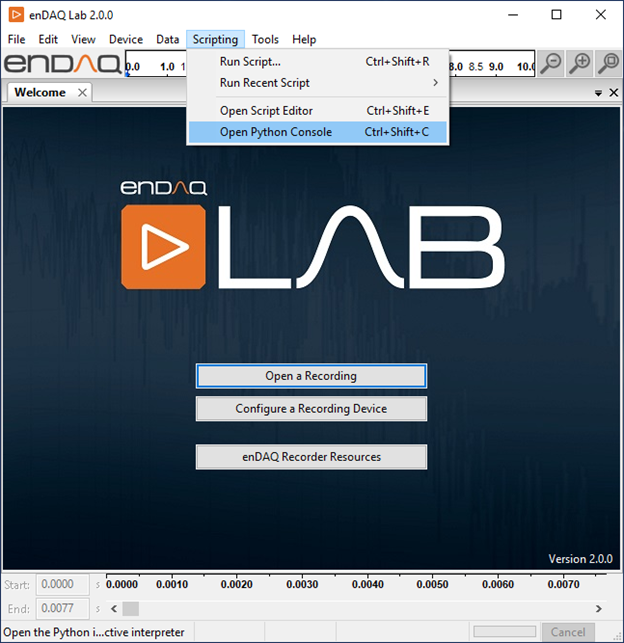 The Python Console should open in a new window: 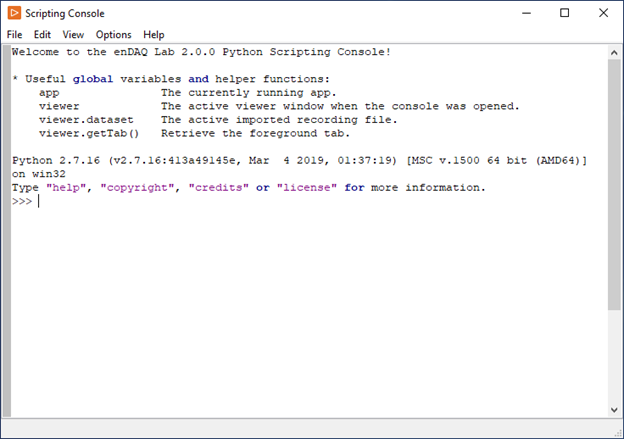 This window behaves much like a Python Console on the command-line; Python code statements typed in will be executed in the enDAQ Lab environment on pressing Enter: 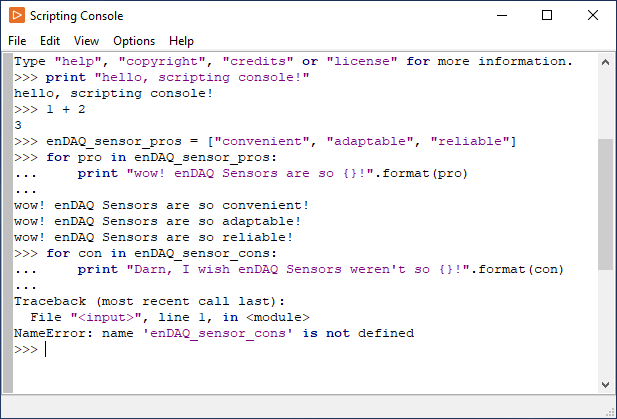 The  Script Editor is a text editor for writing Python scripts to run in enDAQ Lab’s Python environment. This is a great tool to use if you want to execute a longer set of instructions at once, or make a set of instructions that you can reuse in the future. 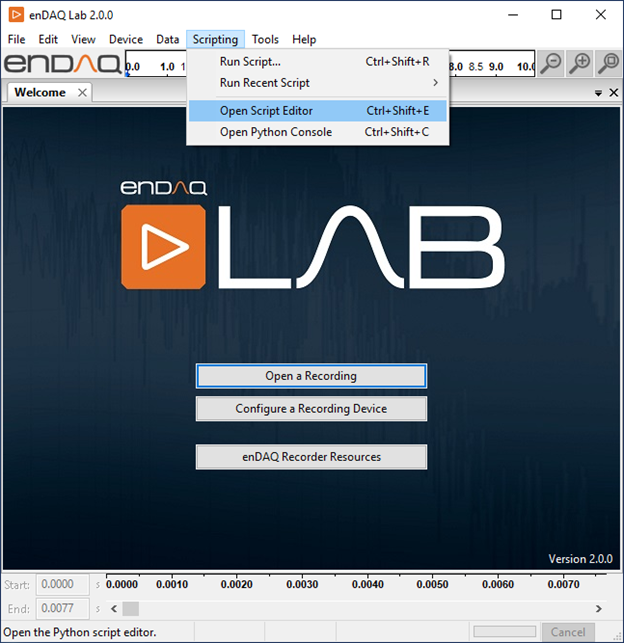 The Scripting Editor should then open in a new window: 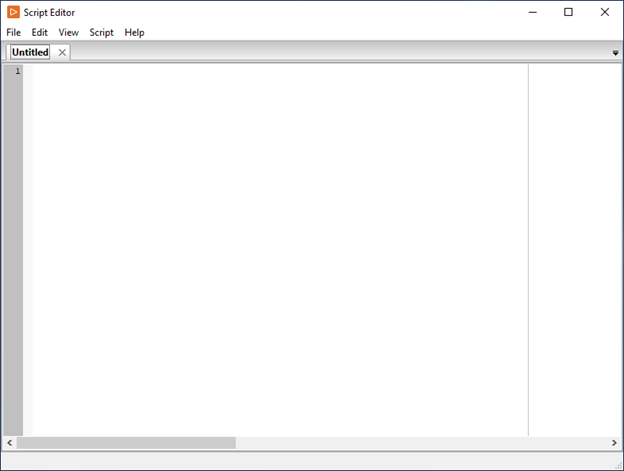 From this window, you can perform many of the common text editor functionalities, like opening/saving files, find and replace, etc., through the  File and Edit menu items.

Once you have a complete script, you can run your code by clicking  Script → Run Script. This will run your code in the Python Console, where you can view any outputs or errors.

We are in the process of publishing/hosting this documentation in a more accessible manner; but in the meantime the documentation on how to interface with the IDE files in the script editor along with some example scripts are provided here: Download Developer Documentation & Example Scripts. There are also three additional example scripts:

Once downloaded, unzip the folder and open the index.html file under the HTML folder. An image of this is provided below which highlights the extent of the documentation! 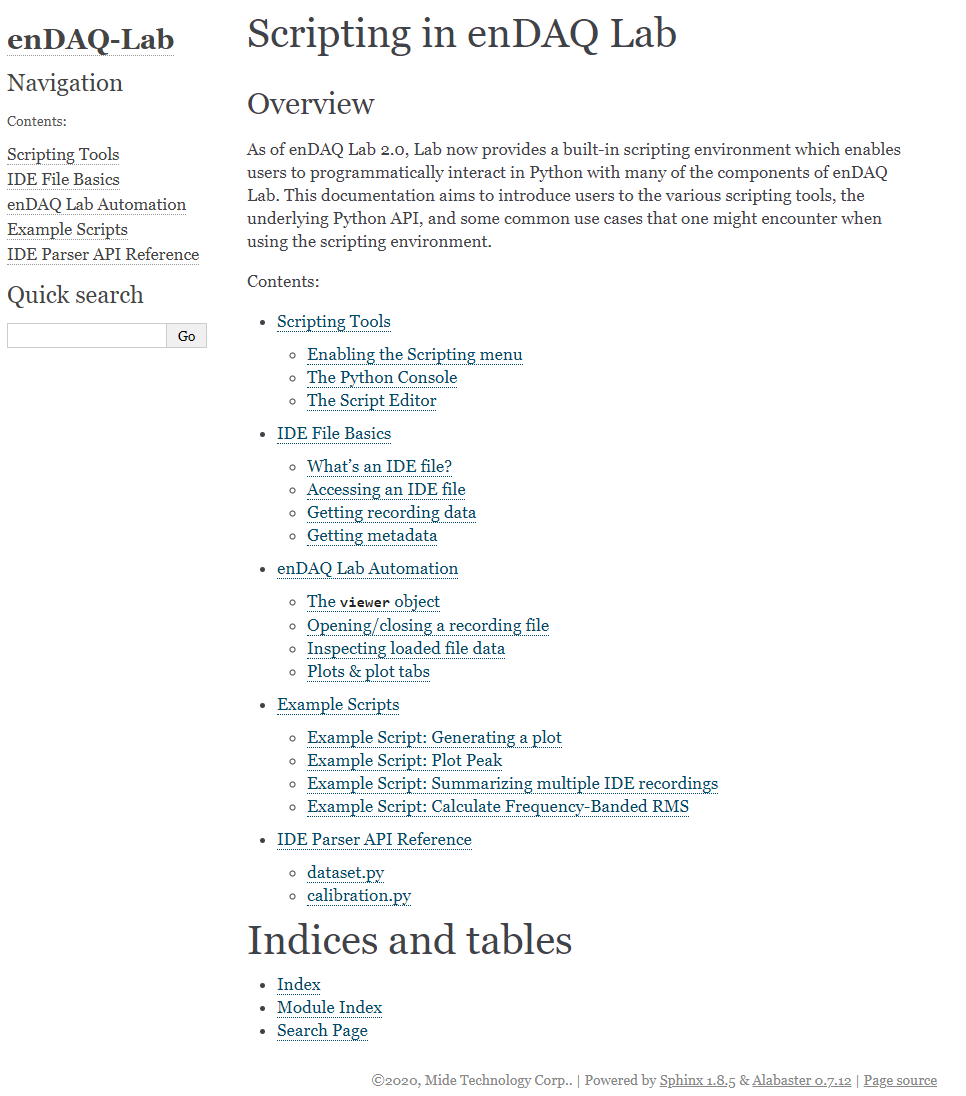 Did this answer your question? Thanks for the feedback There was a problem submitting your feedback. Please try again later.
Last updated on October 2, 2020