S3-D16 enDAQ Sensors, and all sensors produced before November 2019 use legacy firmware. You'll need to go through the following steps to update your firmware.

In order to communicate to the CPU in the recorder, you will need to download and install the  SiLabs driver.  Then follow the system prompts.  It is a very small installation so it should be quick (assuming you have administrative rights on your machine). 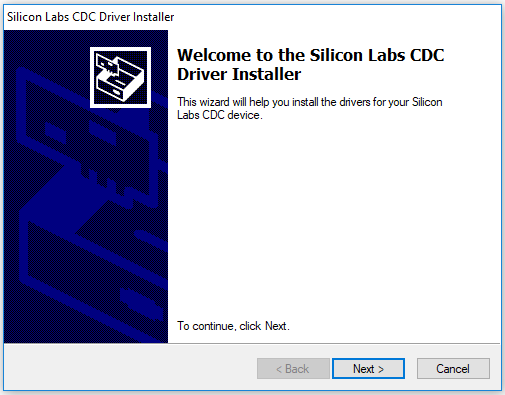 The software will need to be updated to "show advanced options."  This can be found under the Edit - Preferences menu as shown.  You will need to close and re-open the software for the changes to make effect. 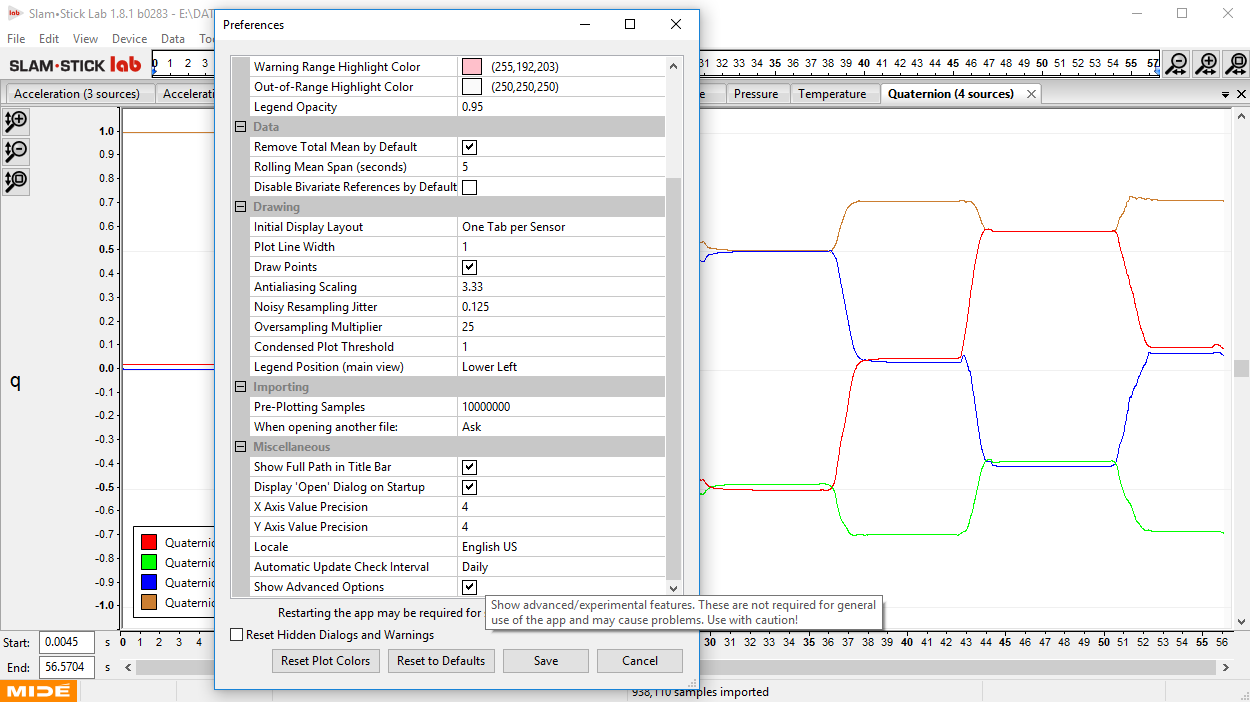 Before updating the firmware, you'll need to make sure the device is configured directly to go into "bootloader" mode.  This includes ensuring that the Plug-In action is set to "immediately stop recording and appear as USB drive" and that the button mode is set to "Immediate Start/Stop" as shown. 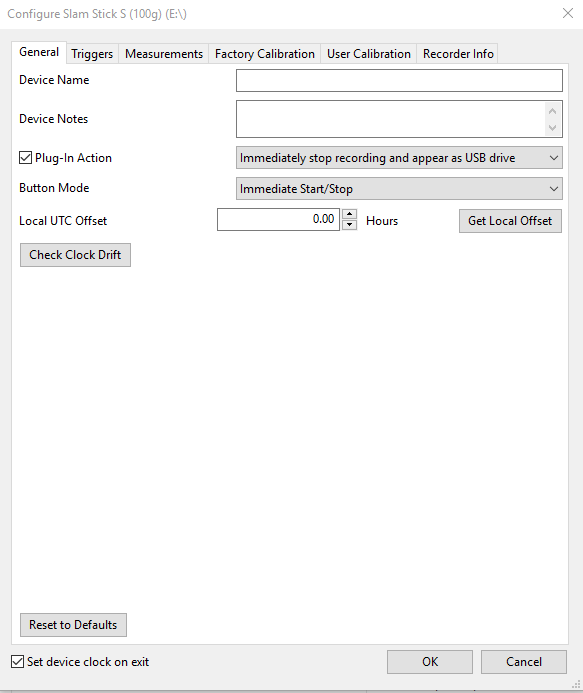 To check that the driver has been installed correctly, plug in the device and hold down the button until both the red and blue light come on.  It may take a few minutes for the computer to correctly recognize and associate the device to the right driver.  After it has done this you should see the Silicon Labs CDC Serial port under Ports as shown. This is not required if the setup meets the requirements for the simplified update scheme 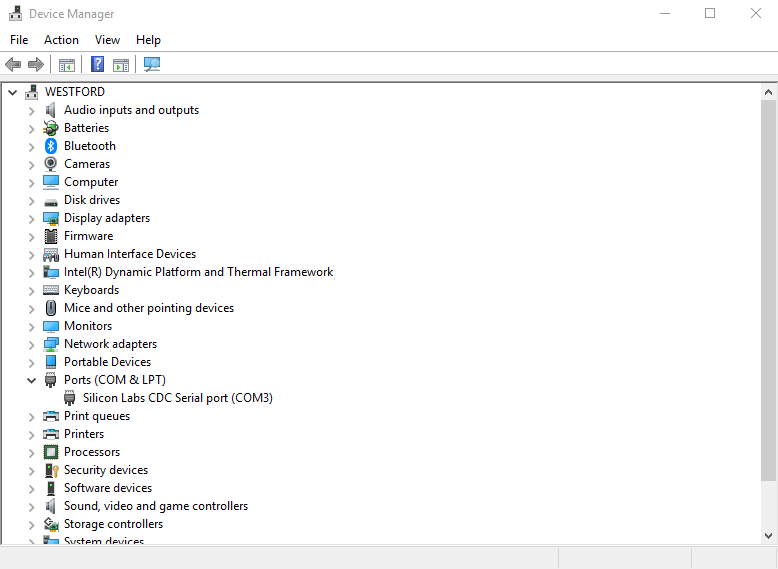 Unplug the device and perform a hardware reset by holding down the button for 20 seconds until all lights turn on.  Now you are ready for an update!

Now proceed to Device - Update Recorder Firmware.  You will then receive a warning, proceed after reading.  Then select the unit you would like to update.  It will prompt you for a .fw file.  Below is a link to download the file for firmware revision 23.

Please note that a .fw file is actually a .zip folder we just changed the extension. Some company's security protocol will identify the zipped folder and unzip it during download. You will just need to zip that folder that you've already downloaded and then change back to .fw extension for the software to allow you to load it during the update process.

After reading the release notes, summarized above, it will prompt you to put the unit in "bootloader" mode which can be done by pressing the button for 3 seconds. (only if the device is running a firmware version less than 20

After pressing the button for a few seconds it should immediately recognize the unit and begin updating the firmware.  It will then "release" the recorder and the red and green LEDs will turn on.  Then it's good to go!

Did this answer your question? Thanks for the feedback There was a problem submitting your feedback. Please try again later.
Last updated on January 12, 2022